With Fosse Law legal support, we can help every business flourish.

Civil Partnerships vs Marriage: What is Right For Me? 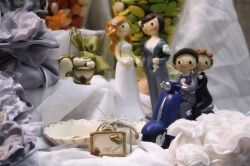 Marriage is the traditional way for couples to have the legal rights and duties in a relationship. In modern times as some of our attitudes and requirements have changed, another form of legally binding relationship between two people was needed. Civil Partnerships were introduced at the end of 2005, which conferred the same legal rights on each partner. The law was further developed to allow marriages between same-sex couples in 2019.

There are several reasons why opposite-sex couples would choose not to marry, this may be for personal or religious reasons. Some couples object to the patriarchal and religious associations of a traditional marriage. Following a Human Rights case, opposite-sex couples can now enter into a Civil Partnership.

Couples considering entering into a union may want advice on which is best for them. If you require advice on family law in Leicester, Fosse Law have over 20 years of experience with helping and supporting our clients using our expert and empathetic legal knowledge.

Difference between Civil Partnership and Marriage?

What is a Civil Partnership?

The relationship can be ended by a process of dissolution, the process being similar to divorce. The rights granted by a civil partnership extend to financial support on separation and inheritance and tax entitlement.

Marriage creates a legal relationship between a couple that establishes the rights of the partners, and between them and their children. Marriage has had a place in cultures for centuries. It can be a religious ceremony or a civil ceremony. In the 12th Century, the Roman Catholic Church defined marriage as a sacrament, and it was not until the Marriage Act of 1836 that non-religious civil marriages were allowed in Registry Offices.

What Are the Main Differences Between a Civil Partnership and Marriage?

Marriage and civil partnerships are both a means of forming a legal relationship between couples, either same-sex or opposite-sex couples. In the case of marriage, this is solemnised by saying a prescribed form of words and signing a marriage certificate. A Civil partnership is formed by signing a Civil Partnership certificate, with no words needing to be spoken.

If the relationship breaks down and separation occurs the legal process is similar. In this case, advice from a law firm should be taken. To dissolve a marriage, divorce proceedings are necessary to get a Decree Absolute. For a civil partnership, either same-sex or opposite-sex couples, a Dissolution Order is needed. If the couple in a partnership have children, thought has to be given to the custody and other rights, legal advice again should be taken. If you need advice about family law in Leicester, Fosse Law can help you with our team of compassionate and understanding expert solicitors.

Civil partners have the same rights to inheritance, and survivor benefits (State and Occupational pensions).

Fundamentally, marriage and civil partnerships hold the same legal rights and duties to a couple. It is a personal choice depending on the wishes and beliefs of both parties. When the couple are not sure which ceremony or style of the union to choose, advice from a family law practice, such as Fosse Law, would be beneficial to help make the right decision. Contact our family law experts today.