With Fosse Law legal support, we can help every business flourish.

What Is An Unfair Dismissal? 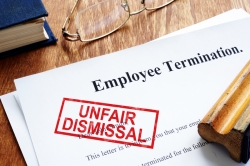 Have You Ever Lost A Job Without It Being Your Fault?

Getting a job is hard enough, but keeping one is often even harder. Personalities can clash, office politics can drive division and the harsh economic realities we all work under provide the risk of losing our job on an almost daily basis.

If we lose a job if youâve made a mistake, thatâs one thing, but losing it when you have been treated unfairly is a different proposition. Here weâre going to take a look at the term âunfair dismissalâ, what it means and how to find help if you think itâs happened to you.

Letâs start by looking at the term itself. âDismissalâ in this context is simply legalese for getting the sack, but itâs the âunfair' part that is going to be key. If you lose your job, your employment contract is terminated. If you believe your employer didnât have a fair reason to do so, then that becomes unfair. Itâs worth pointing out that if youâve been suspended or simply resigned by choice (even if you regret it later), then these arenât covered.

In the UK,unfair dismissal is covered as part of the Employment Rights Act 1996, which requires fair, just and reasonable treatment of employees by employers. It goes on to state that employees are entitled to a fair reason before being dismissed.

The reason must be based on a number of factors, including their capability to do that job, their conduct (including breaking the law outside of work) and whether the position is economically redundant on grounds of a statute or other substantial reason. This is assuming that the employee has been in their job for 2 years or more. However, there are a number of situations that will be classed as unfair regardless of the length of service. These include becoming pregnant, or for having previously asserted certain specified employment rights.

If you think you have been unfairly or wrongfully dismissed, then what can you do about it? The first thing to do is make a claim and challenge the dismissal. It might sound silly, but you have to be able to show that it happened, either through the notice provided by your employer, an official termination letter, or copies of any emails or text you received stating as such. 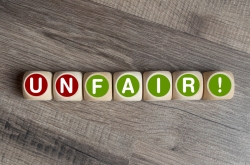 The process by which the claim needs to progress will differ slightly across employers. Most companies will have a procedure that will be listed in the employee handbook, or detailed in your contract of employment. If not, discuss it with your Human Resources representative.

Your claim may well ultimately end up at a tribunal to determine if there are grounds for your dismissal or not. Your employer will need to show that they followed their own procedures (which is why the previous paragraph is so important). The tribunal will be looking to see if your employer gave you a fair indication of the problem (if the issue is relating to terms of conduct) or that their procedures were followed as they should, i.e. not differently for you. The only caveat to this is if the dismissal is due to gross misconduct, which usually results in instant dismissal without warning.

If you need help with a claim, your local Citizens Advice will be able to help you or, if youâre part of a union, then speak to your representative to see if they can assist you with a claim for unfair dismissal.

Here at Fosse Law, we offer professional and dependable legal support services throughout Leicester, Loughborough, and the Midlands. If you would like to find out more about how we can help you,get in touch today, weâd love to hear from you. Pop us an email atinfo@fosselaw.com or give us a call on 07852 291081.