What to do if Youre Stopped By The Police 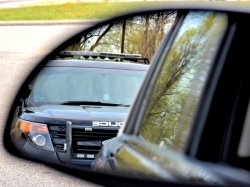 Youre driving in your car when suddenly a police officer pulls up behind you, they ask for documents, including your driving license. Times like these can be confusing and frightening, so its important that you know how to act when times like these occur. Lets delve into the dos and donts when being pulled over by a police officer.

Try not to let your nerves get the better of you, relax and take deep breaths. The majority of the time, being pulled over is just a precaution and often just a roadside check, so there is no need to worry until you know why. You can keep yourself calm by counting in your head and take deep breathes in a continuous pattern.

If the officer asks you questions, then respond directly and clearly. The longer it takes them to receive an appropriate answer, the longer you will be waiting. For example, if you exceeded the speed limit, dont try and worm your way out of a ticket with excuses, this never works. Just tell them upfront with an apology. Be clear with your statements.

Drunk Driving or Using Your Mobile Phone at the Wheel

Using your phone at the wheel could land you in serious trouble, it can result in six points being added to your license and a hefty fine. More than 2,000 people have been killed in a road accident when someone has been on there mobile phone.

If you have been caught using your mobile phone at the wheel or have driven under the influence of alcohol, then just admit it. Theres no point fighting something that you know youve done. You became a danger to other drivers and that's not okay. 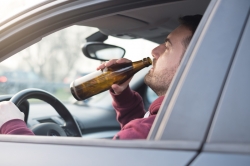 Do Not Attack or Insult the Police Officers

Don't take it personally when police officers are being direct to you, take it naturally and consider it as advice to prevent accidents or more situations involving being stopped by the police. NEVER attack or insult a police officer, you will only land yourself in more trouble. Which could cause more issues further down the line.

Never bribes a police officer, this will only land you in more trouble. You could be faced with an increased fine or sentence, depending on the reason youve been pulled over. Bribing is a serious offence and police officers take the bribing offence from drivers very seriously. Another element to consider is bribing police officers is an act of corruption.

To avoid acquiring penalty points, losing your driving licence or even imprisonment, it is recommended to consider the context to demand a driving offence solicitor and to analyse what happened in case you committed a driving or motoring offence.

If you don't want to be stopped by the police, always follow this rule: obey the transit signs which is the simplest way to avoid being stopped by them. In other words, do not use your mobile phone while driving, do not drink alcohol before driving, or exceed speed limits because of the risk of committing a driving offence is extremely high.

Besides, remember police officers are doing their job for our safety and in order to prevent accidents, motoring offences, and casualties. So, they are protecting us and we must respect their duties and procedures.